“Is this standard practice for a label to share profits 10/90%?”

I have recently been contacted to submit a track for a compilation by a small label, Ghost Label Records. I know you have covered this before, but I have some questions about it. The contract I have been sent to sign seems a bit ‘dodgy’, specifically:

“a) All profits from sales of physical CD’s, digital downloads will be splitted 10% for the Licensor and 90% for the Licensee.
...
c) Payments may be withheld if sum does not match or exceed withholding amount of 1000 euro. The label’s accountant department will only contact the artist in the event their dues have reached 1000 euro. The label is not responsible for contacting the artist should their royalties not reach the withholding amount. ”

1, it seems a bit one-sided. Artist gets 10% label gets 90%? Is this a usual split? 2, it seems like they are saying that they will only pay me if the sales reach over 10,000 euros (highly unlikely). Is it standard practice to have a clause like this in a contract?

Having already been asked to re-do my mix as he wasn’t happy with the eq on the kick, which I did twice, I was then asked to re-write the first minute of the track because “the start of your track is very insufficient and poor. Till 01:10 the track has no meaning and sounds poor because only the kick/bass is playing”.

Is this standard practice for a label to ask for a rewrite of a track they have asked to include on a release?

Hamish, it’s good you questioned the contract because the terms you’ve mentioned doesn’t seem promising at all.

Typically, labels and artists have a 50-50% split share. That’s the industry standard. I heard some purely commercial labels offer 60–40 and even 70–30 split deals, but never 90–10. It’s nonsense. Here is one of the contracts I previously signed to give an example: 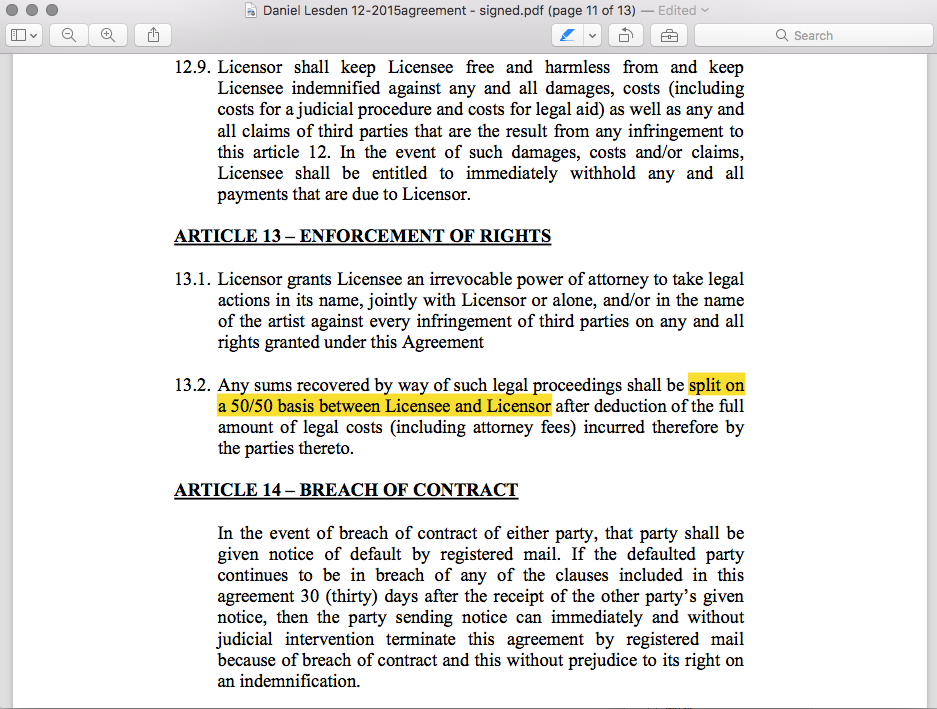 One of the contracts I signed. The standard 50-50% split is highlighted

But in this case the split share doesn’t really matter because of the second term:

“Payments may be withheld if the sum does not match or exceed withholding amount of 1000 euro. The label’s accountant department will only contact the artist in the event their dues have reached 1000 euro.”

Some labels indeed withheld the sum until it reaches $50 or $100 just to make their accountant’s work easier, but $1000 is a scam. Don’t forget that stores and distributors also take their commission, so typically labels get only half of the price tag you see in the cart.

Let’s say, if an average price per track is €1, then the label’s share is 50 cents, which means your share would be 5 cents in this case. And that, in turn, means they would need to sell 20 000 copies just to reach that payable threshold of €1000 that suppose to go the artist. Basically, it means that’ll never gonna pay the artists, and I mean it — never, literally.

Don’t get me wrong, you shouldn’t expect a solid income from music sales alone anyway. Releasing on a label has a marketing purpose. For example, I didn’t get a penny from my debut EP released on Ovnimoon Records back in 2012: they sent me a nice pack of CDs instead. That was a part of the original deal so that was fine by me, clear and simple. But when those guys from Ghost Label Records say they will pay you some money whilst in reality they won’t, I think it’s a scam. It’s up to you whether you want to deal with the people like this or not.

As for the second part of your question when a label asks to re-do the track, well, it depends. Generally speaking, I would say it’s a good sign, it means the label care. You can get an idea of what kind of feedback I give as an A&R at JOOF in Tim Bourne’s success story. But looking at the contract terms above, I don’t think they give a shit about the artists.

Bassline compression and hats EQ
When working on basslines would you use compression or not? And also getting your bass to work with the groove of your hats perc can be tricky?
2    223   2015 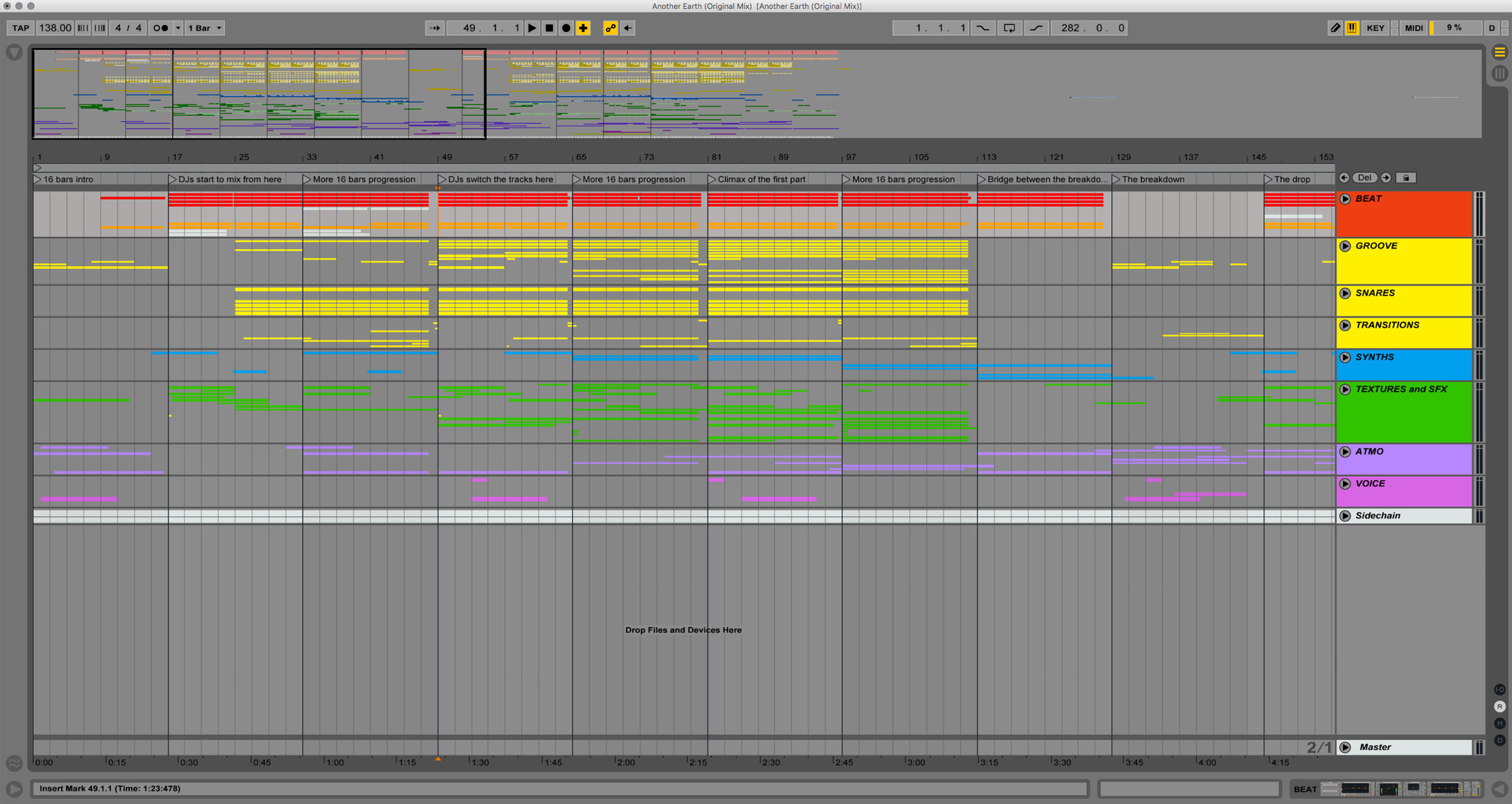 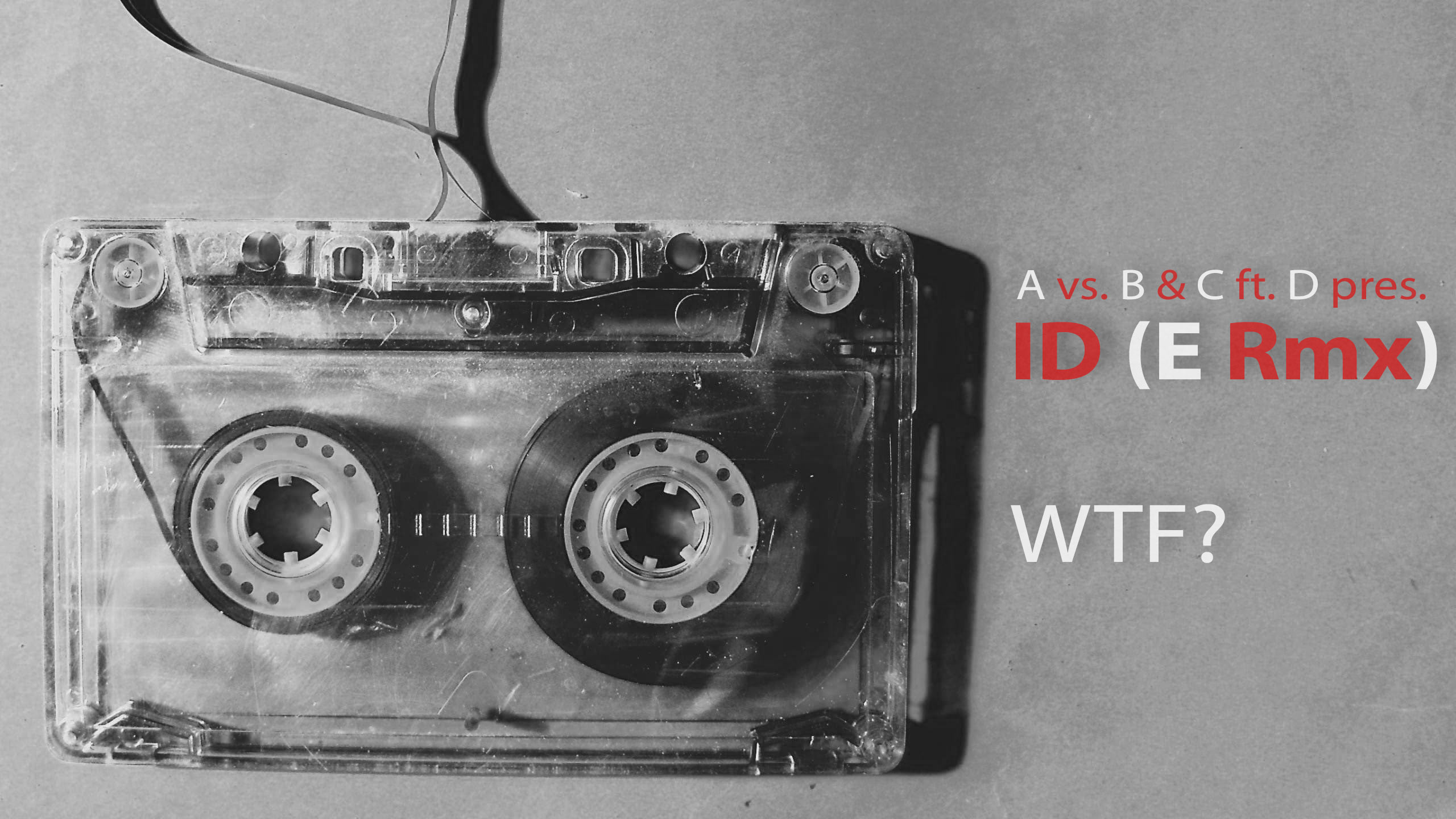