What are some good techniques to get that deep bass sound that I hear in a lot of tracks by artists such as yourself, Lyktum and E-Clip?

Specifically how do you go about synthesizing one (also what are common synths used) and what extra processing that goes on top of the raw synth sound. Lastly, do you bounce the sound to an audio file once you’re happy with it and edit it further there or do you keep it as a midi file the entire way through the track creation.

Lastly you may want to edit this out but do you teach music production over Skype?

Ah, the bassline. How many thrills in this word among music producers! Some producers seem to think they own a certain sound, but those sounds had been used since the 80s, using pretty much the same technique. Jack, I cannot speak on behalf of E-Clip or Lyktum, so I’ll tell the way how I do the bassline.

Formally speaking, the bassline is one of the simplest sounds in Psytrance music. Unlike of Dubstep bass, for instance, where you need plenty of modulations, canonical Psytrance bass requires much less. Basically, all you need is just a few building blocks of synthesis: single oscillator, filter, and envelopes. You can use pretty much every synthesizer for this.

So, let’s take the initial preset of your favourite synth. I’m using Sylenth1 (which, by the way, finally got 64-bit version support), but again, this is only a question of personal choice — you can recreate that bass in many other synths. For this demonstration purpose, I took some random kick from my samples library and placed MIDI-note of the bassline on note D1.

Sounds very basic and primitive so far, but that’s okay. The first thing I gonna do is select Saw wave shape (Sylenth1 uses Saw by default, but other synths may use Sine or other shapes in their initial presets), and drop down the pitch by one octave down. If you use more than 1 voices in the oscillator, make sure that “Retrig” option (or whatever it called) is turned on — it forces all voices to start at the exact same location on the waveform every time a note is played; it prevents voices to be out of phase.

Now I gonna apply Lowpass filter with 24dB attenuation per octave — it gives a slightly faster/sharper cutoff comparing to 12dB. Play around with cutoff frequency up to your taste. Then I gonna route filter cutoff to modulation envelopes. Now let’s take a look at ADSR. The bass sound should not have fade-in, nor fade-out — so we drop down Attack and Release parameters down to zero. Sustain would give a long “body” of the sound, which we no need here much either. So the only parameter left to play around is Decay — I would give it around 30% of the maximum value. And pretty similar settings to oscillator envelopes.

Here is the summary look of what I have done so far: 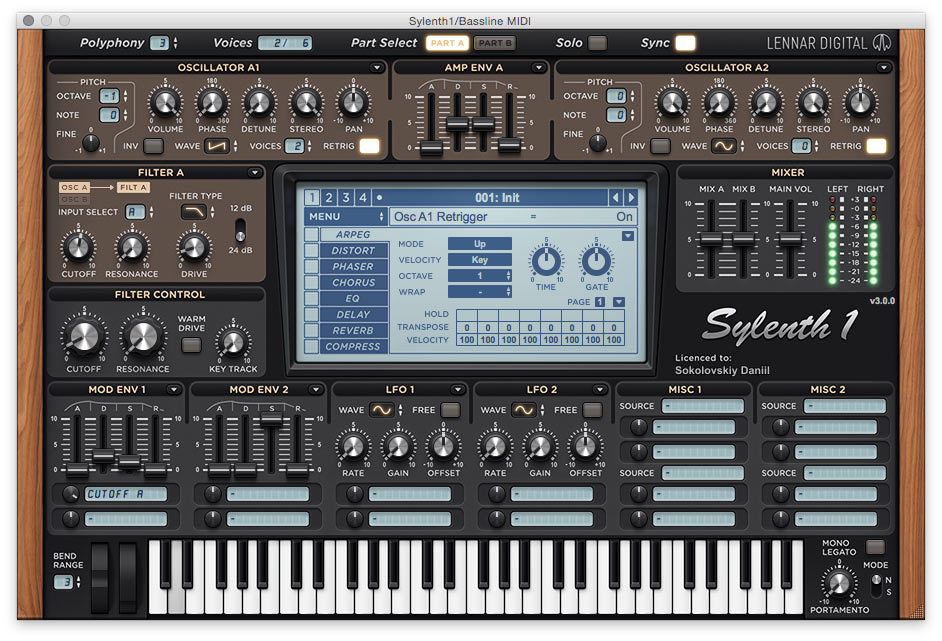 This is it — the essential foundation. Tiny details could be tweaked further up to your taste, but I satisfied so far. Skipping to one of your questions ahead, — yes, I do bounce the bassline. This is also called resampling. Different DAWs requires different actions to make resampling, but the general idea is to change, to “bake” our bass from MIDI into solid WAV state. I believe, it gives more consistent sound, more predictable and aggressive velocity. Also, it may save your CPU if you experience a lack of performance. 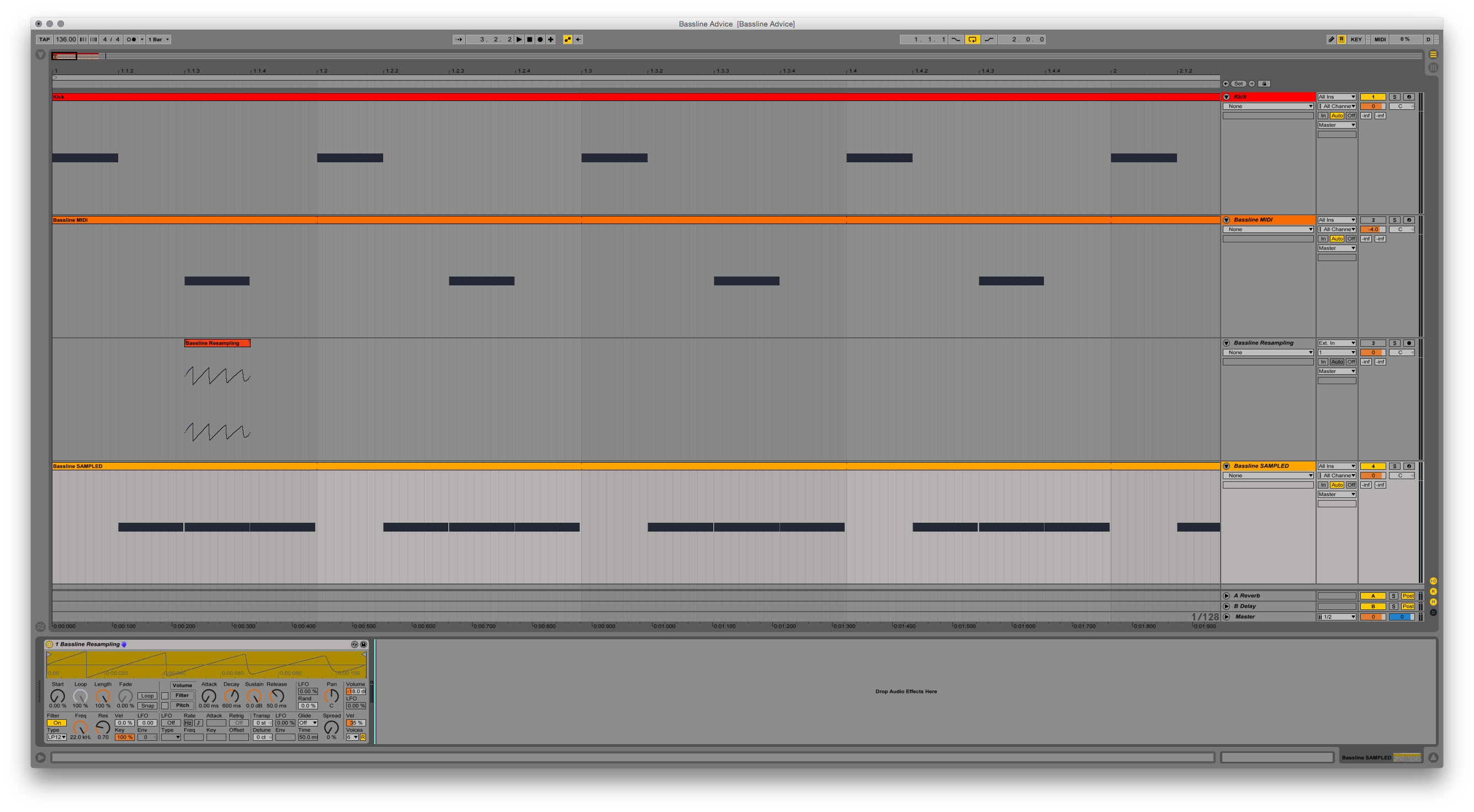 As you can see, I have three tracks here. I do recommend to keep your original MIDI bass, don’t delete it, just leave it muted or “frozen”: you might want to go back and change something in the source.

Quite nice, but need to EQ it a little bit. Usually, I remove that kind of “mud” at around 300 Herz and gently boost lower harmonics. Since I’m using the note of “D”, the harmonics will be at 73 and 147 Hz. 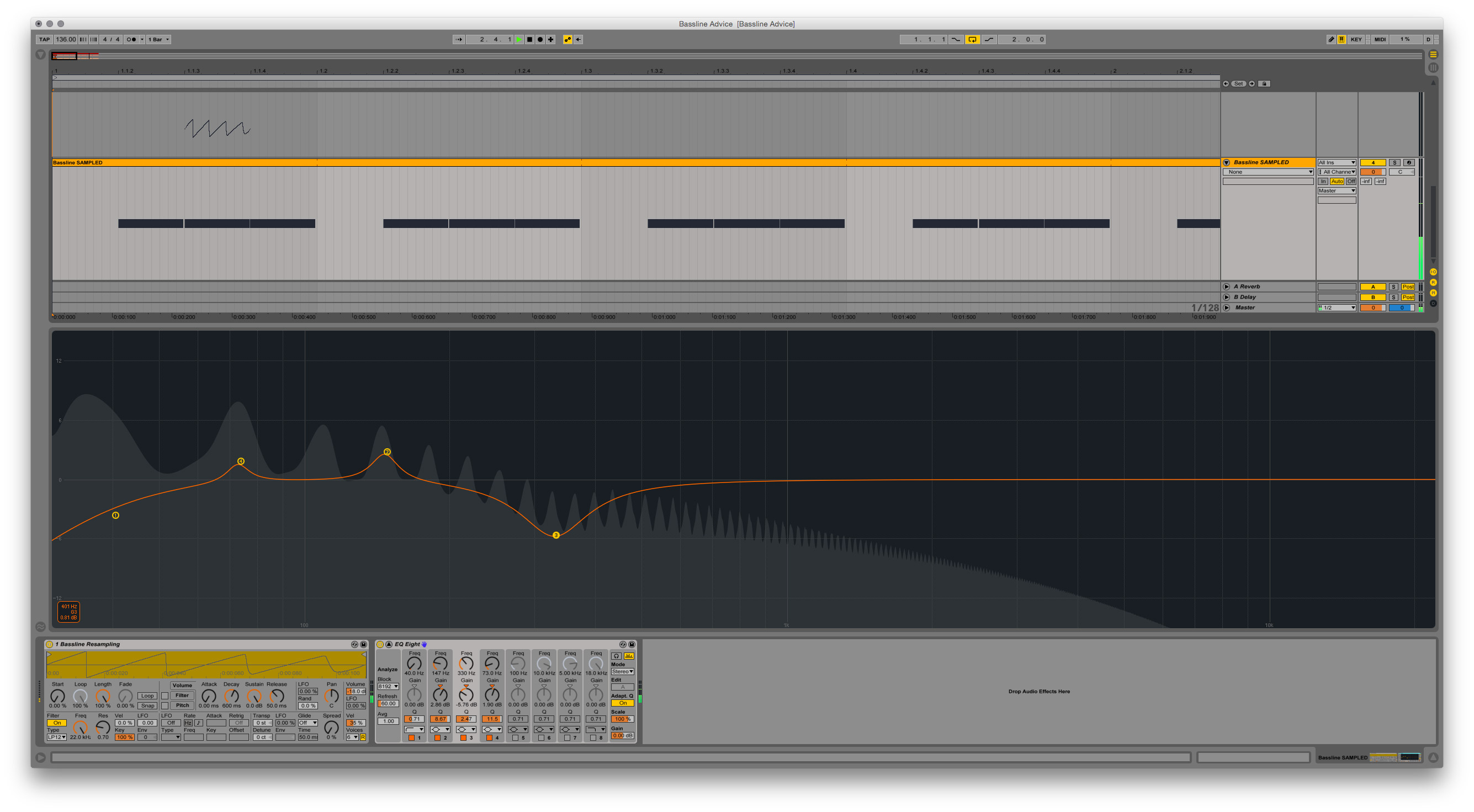 This is it. You can also play around with velocity, and give some “character” to bassline by adding a pinch of distortion, compressor, or any other device up to your taste.

Remember, this is not a ready-to-use recipe (although, you can use it), but rather I would like to give understanding of the process, so you could create a bass that suits your needs, with a personal touch.

Lastly, — no, I don’t teach music production over Skype, although I do realize it might be even profitable. The purpose of the “Advice” series is to make mechanisms of music production and industry a little bit more transparent and easier to understand. I would like to make this knowledge wide open, hence why I prefer blog posts rather than personal talks on Skype.

Read also: How to make a punchy bassline 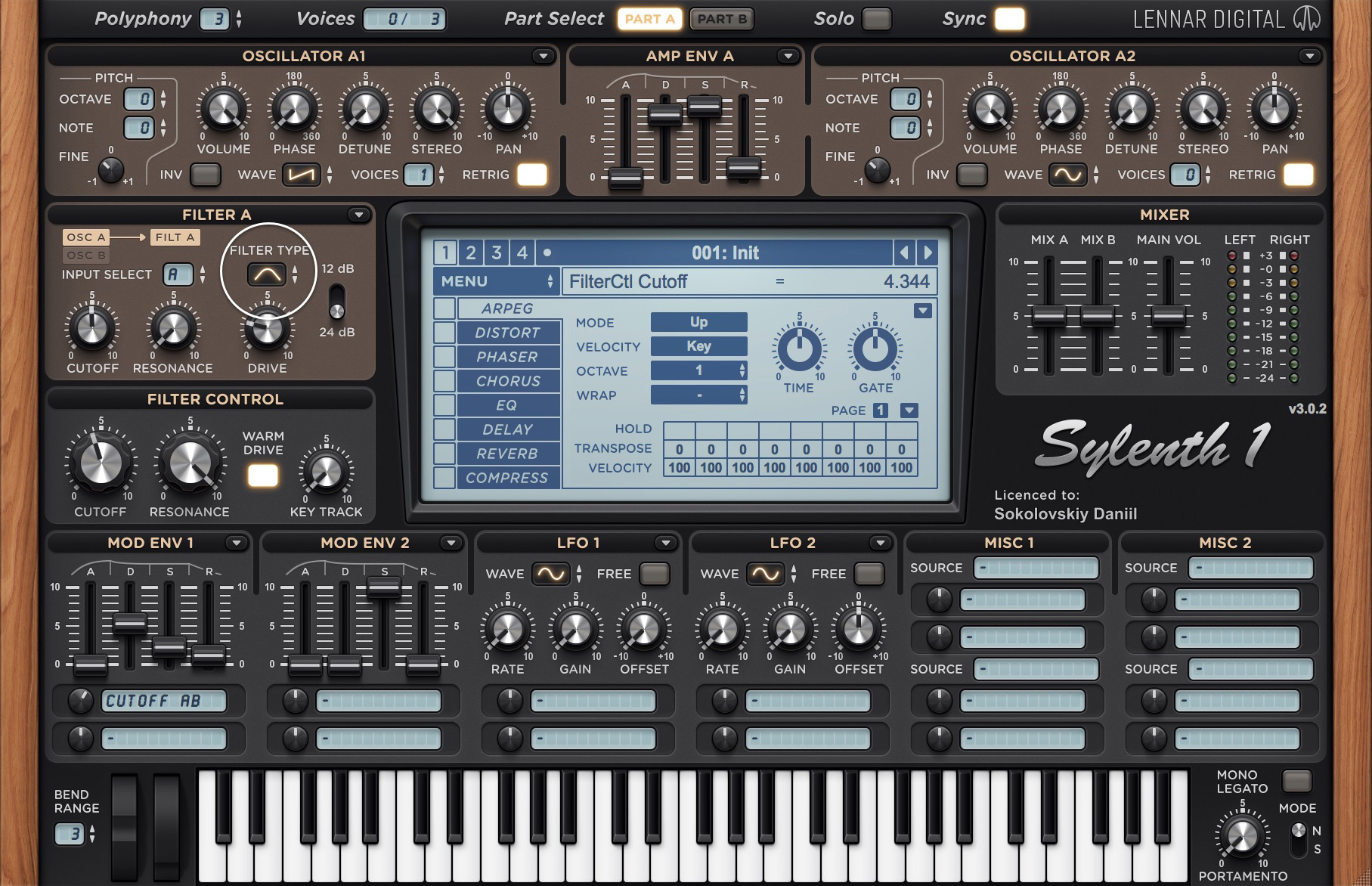 Creating a weird psychedelic lead using LFO
How to emulate a typical psychedelic glitchy sound you hear in tracks from the artists like Imagine Mars, Tristan, Ajja, etc?...
7    1381   2017 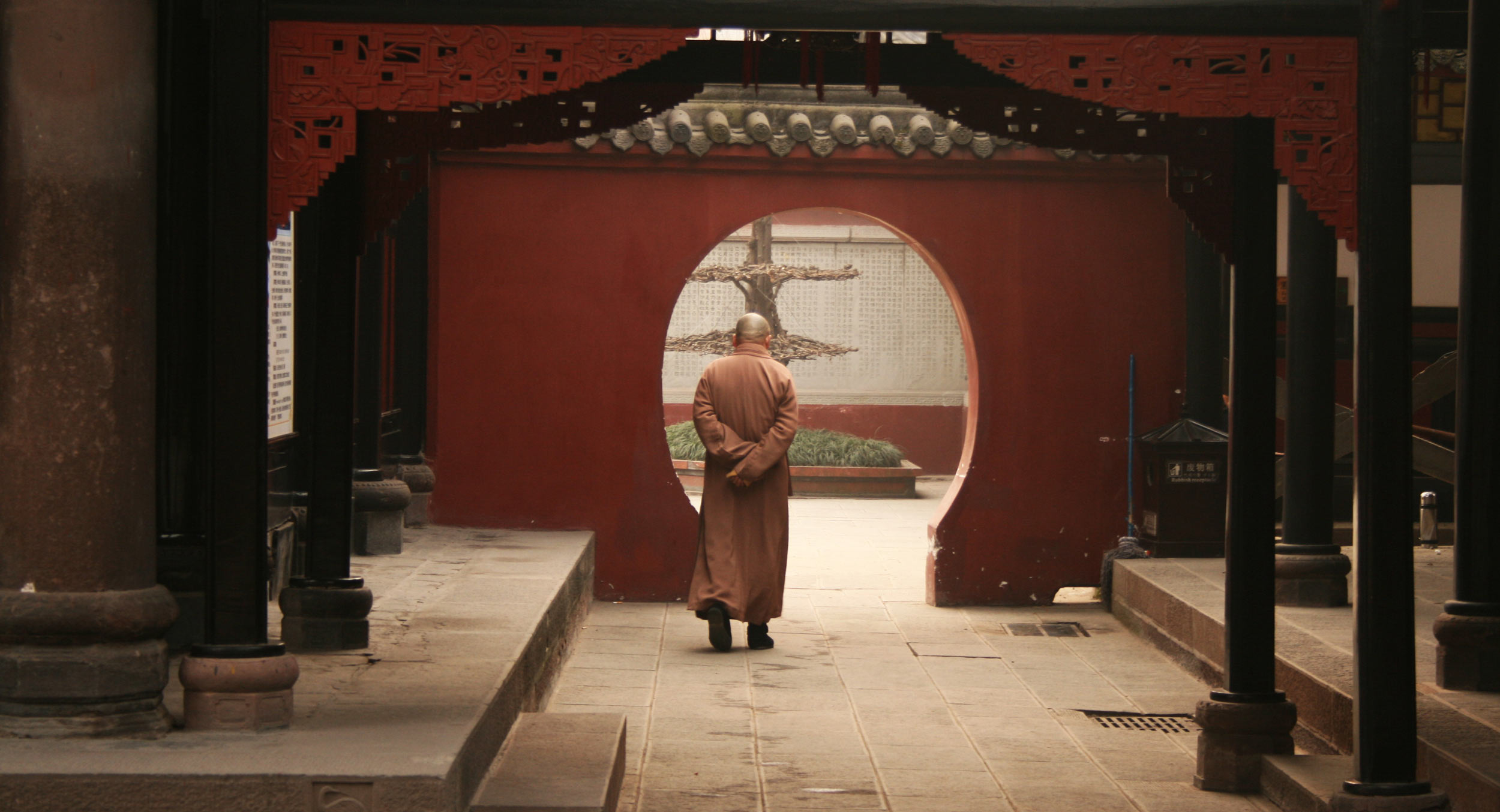 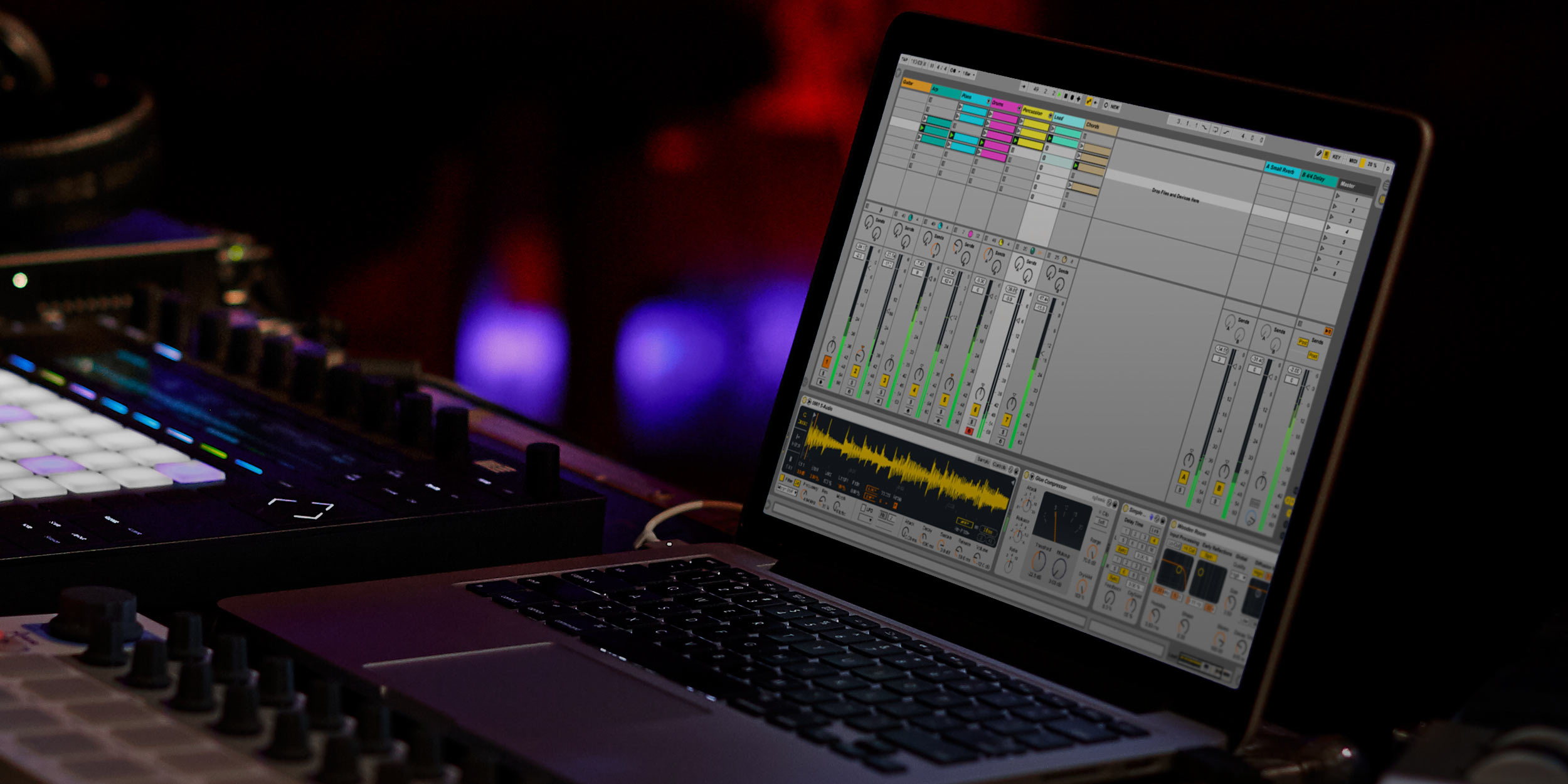 I really liked the guide for low, follow the steps to the letter, and achieve a similar sound to the step where are added the effects of process,

I compress my bass, but the sound can not get this in the sample of auido, and added that “extra”

Hi, thanks for your explanations, but I think you forgot to mention or explain what you do with the ADSR mod env 1.
Cheers.

No, I didn’t. The modulation envelopes explained in this paragraph:

Now let’s take a look at ADSR. The bass sound should not have fade-in, nor fade-out — so we drop down Attack and Release parameters down to zero. Sustain would give a long «body» of the sound, which we no need here much either. So the only parameter left to play around is Decay — I would give it around 30% of the maximum volume. And pretty similar settings to oscillator envelopes.

When you do the resampling is best to do just a 1/16 note or maybe a full note with 2 bars for example.

Usually I do resampling of 1/8th or 1/16th note. No need longer since the bass sound itself is short due to small amount of Decay and Sustain parameters.

Some good comments has been written on Facebook too, so I’ll put that link here.

I understand why you boost certain fundamental tones in the bassline to create more punch, but what if the bassline changes notes and isn’t the same note for the entire song? Do you still use the same EQ? Thanks!

Simon, in that case I would simply re-sample bassline with a different EQ settings, let’s say, one sample would be “F” note boosted at 88 Herz and another one is “A” note boosted at 110 Herz. Then I group all Samplers into a Drum Rack.

Thanks for this, its really saved me from fiddling around all night with Sylenth1 to find the bass, only to be almost back where I started because I would have changed something that I didn’t need to and have to start all over again. It gives a really puncy bass without drowning everything else out.

When You cut under 100Hz in the EQ, how do You handle the introduced phasing issues ? Do You use linear EQ or You adjust the baked product accordingly ?