A DJ’ing question for you. In most higher tempo mixes, specifically progressive / full-on psychedelic trance when the transition occurs and track A is filtered to bring in the lows and mids of track B, there is sometimes (not always) a peaking kick sound. It makes me think that it’d be a redline except i look and alas, I’m not redlining! Its as if the kicks are occurring at the exact same time causing some sort of audio peak.

My question for you is do you notice this as well, and if so what are some ways to alleviate this? I also am not sure if I am just going insane and imagining it because sometimes ill be listening to a single track and can still hear this kick peak! Thank you for reading, so much respect for what you do for the trance community!

Corey, I’m afraid I couldn’t tell you anything specific, as this issue might appear for several reasons. Some of them:

I guess the last option is more possible.

Again, I don’t know the specific situation where you had experienced this issue, but I’ve tried to simulate it in the DAW. I’ve taken two random kicks from the popular “PsyTrance kit” and placed them into two audio channels. Let’s pretend that the channel “B” is a track playing on the dancefloor, and the channel “A” is a filtered track that you monitoring in the headphones:

If the channels are not beatmatched properly, during the mixing you’ll hear something like this:

Have you noticed these unpleasant peaks at the 5th, the 9th, and the 13th hit? In fact, they are even slightly quieter than the normal kicks due to phasing. But to our ears, they might sounds “louder” because they instantly caught the attention of our brain, thus during the mixing we might think it’s clipping.

if this is what you experienced, it’s treatable very easily: just make sure you that have beatmatched tracks correctly if you’re playing on CDJs, or adjust the grid if you playing using the software.

And finally, answering your question, — no, I don’t notice nor experience anything like that during the mixing :-) 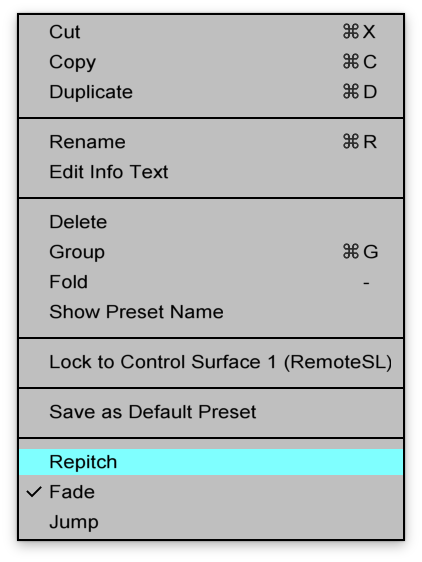