Hey, Daniel. Thanks for creating this Advice series. :) My question relates to a track from Leftfield called “Original”. There’a certain sound that comes in at around 1:28, 1:34 and 1:39, but I cannot for the life of me figure what it is. Is it a synth? A pad? I would like to ask if it has a name, and if so, could you show us how one could go about producing the same sound? Thank you. :)

Well, formally speaking, a pad sound usually has a big amount of Attack and Release parameters, i.e. it slowly fades in and fades out. But since that sound in Leftfield’s track has pretty short Attack, I would call it a “filtered-chords-stabs-with-delay” (a sort of) rather than the pad. Anyway, it’s not that hard to re-create such kind of sound, so let’s get straight into it.

First things off, I’ll create a new MIDI-channel and add some synthesizer on it. I gonna use Spire in this particular case, although you can use whichever you’re up to.

Then I’ll create two MIDI-clips and draw those chords, although you can make audio recordings using MIDI-keyboard if you have one. Here is how these chords sound like with no any sound manipulations, just using the initial preset in Spire: 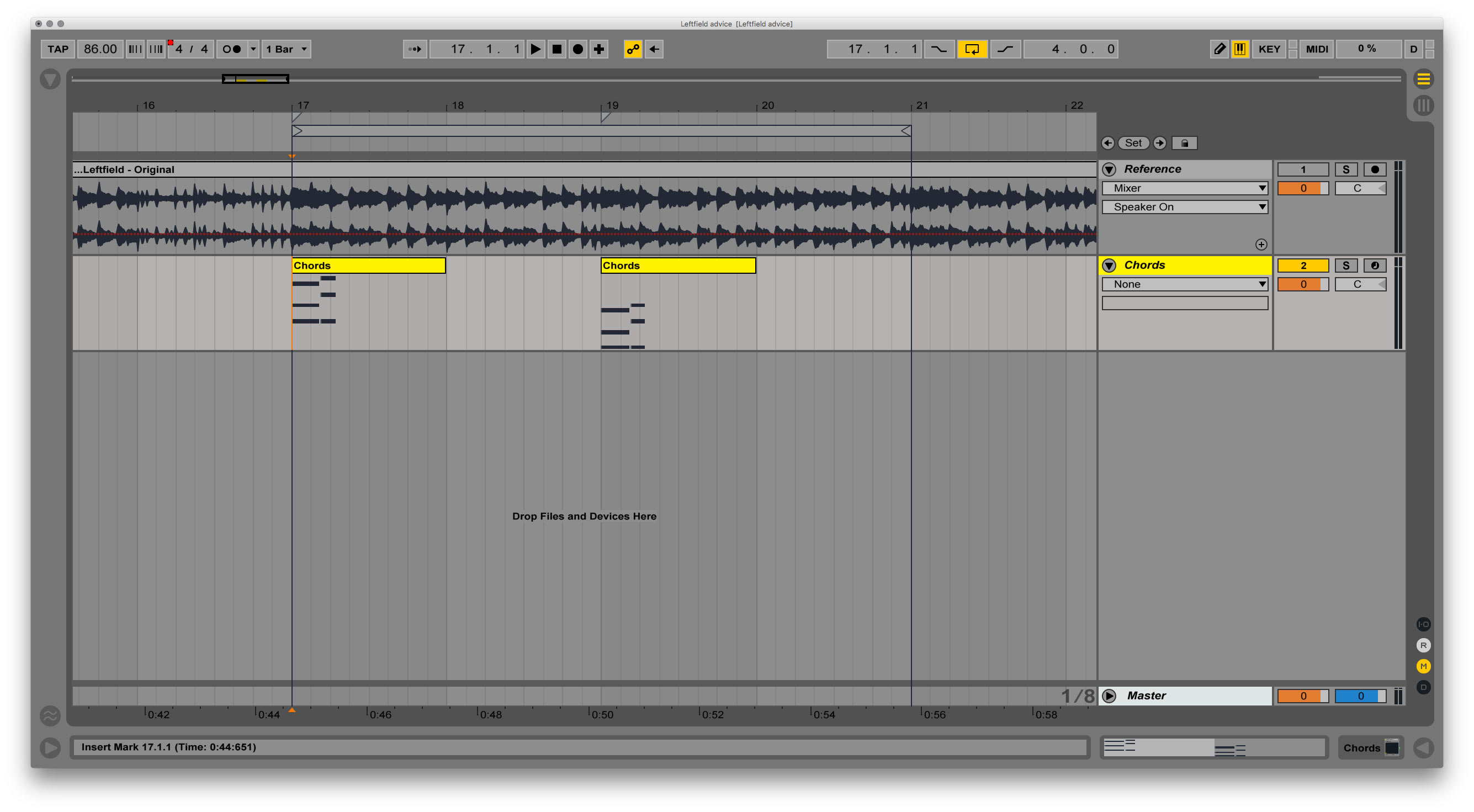 I’ll increase “Voices” parameter up to 4 voices and open up the “Wide” knob to give extra width and dimension. Then I turn on a Band-Pass filter with a solid amount of resonance; add a pinch of reverb, and delay on 3/8th.

Important note for Spire users: by default, Envelope 3 is assigned to the filters, and “Cutoff 1” is selected as the sound source for modulation. We don’t need this here. Choose “off” instead, or simply drag its amount to a neutral position at 12 o’clock. 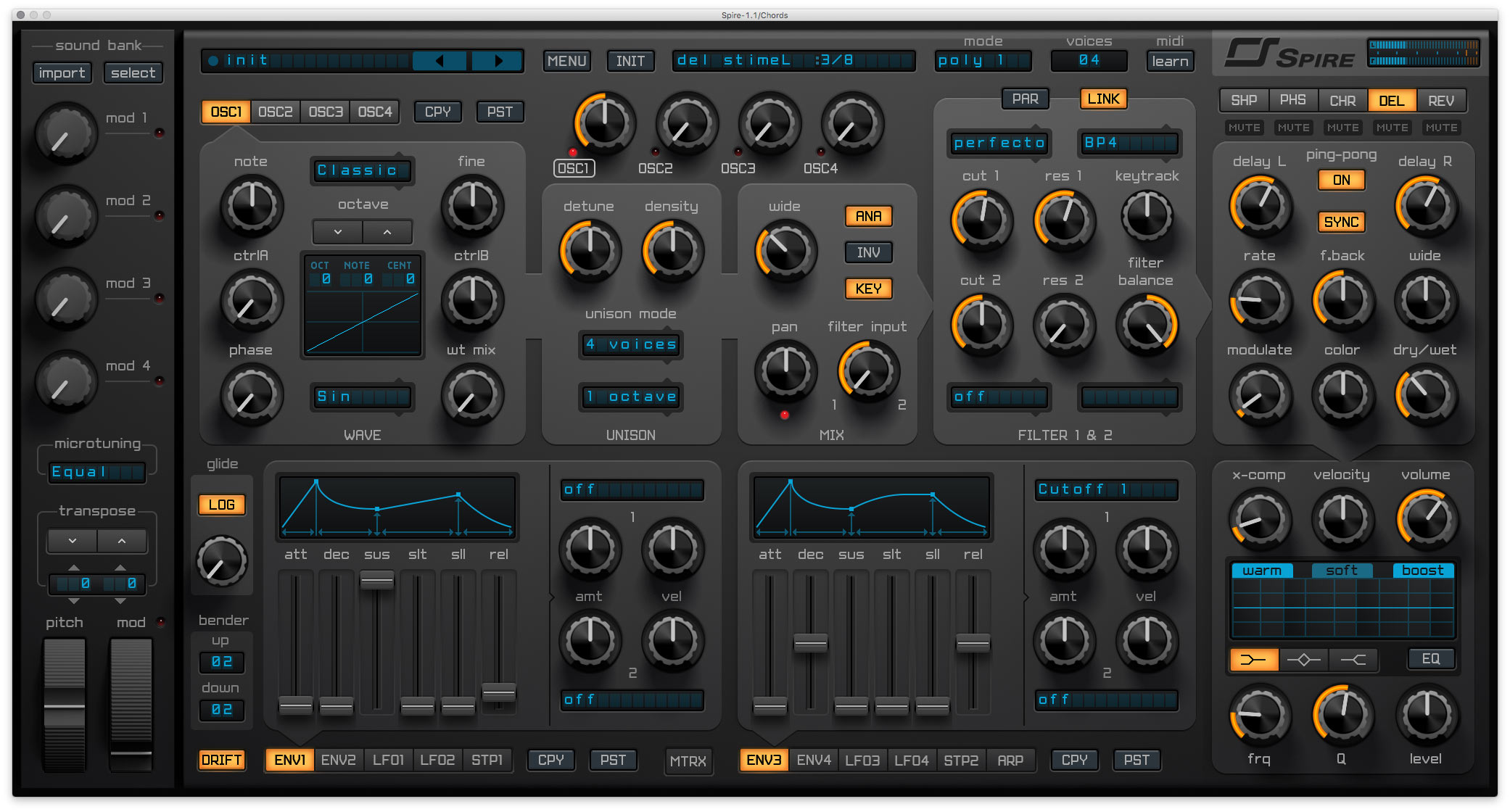 Chords with BP-filter, reverb, and delay

This is the very foundation of our sound, and I would say we’re 90% done. Just a couple of tweaks left. What else we can do here? Well, we certainly can EQ it: cut some low frequencies off and gently boost mid-highs.

Also, seems default wave shape is not the best one for this type of sound. I found “Organ 2” matches pretty close.

And at last but not least, in the reference sound, you can notice that each second chords hit sounds slightly “brighter”. You can either record Cutoff automation, or simply add a new modulation of Cutoff either on LFO, either on Velocity. Like this: 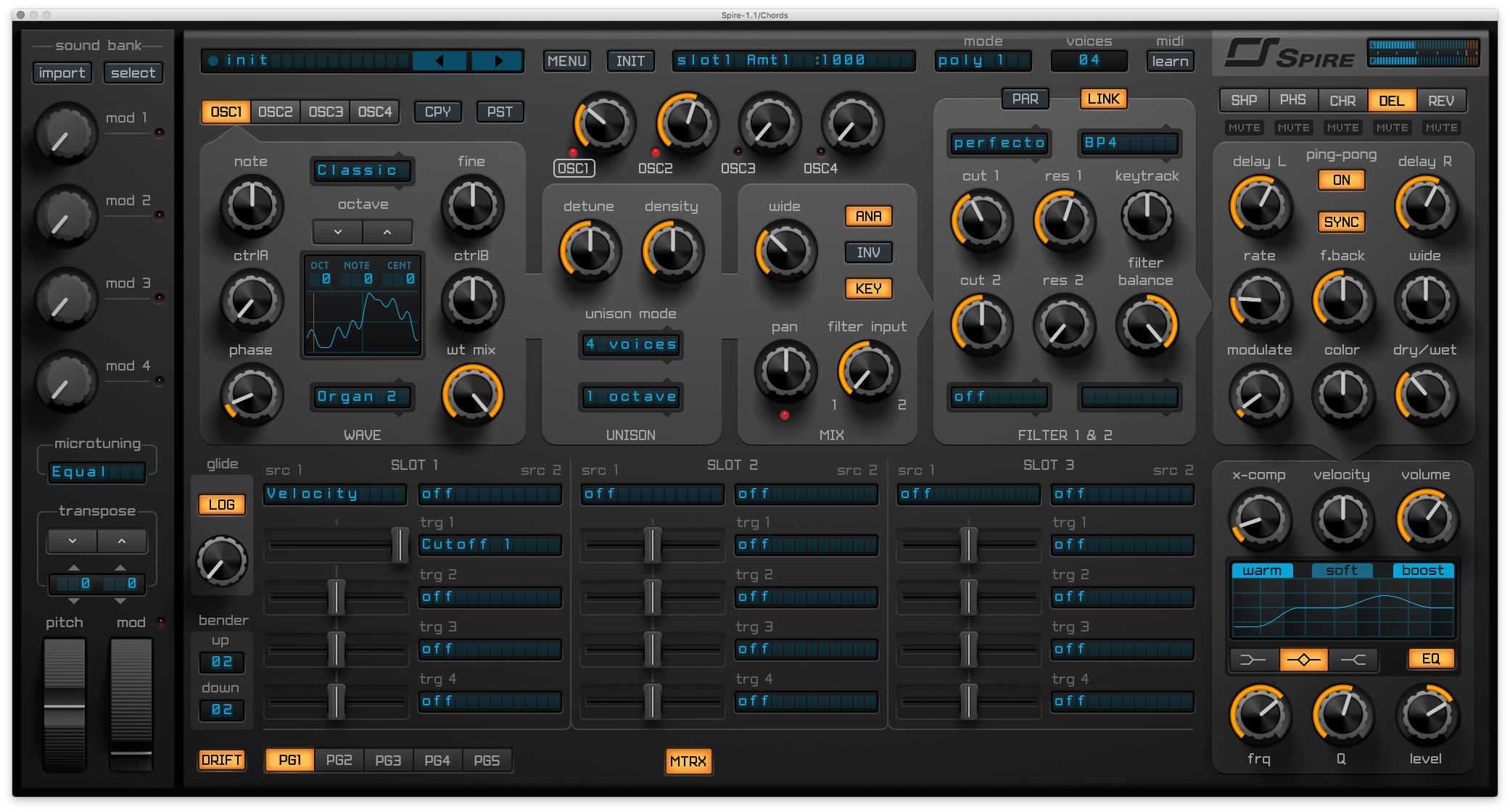 Sounds about right to me. Not 100% matches, but I hope you’ll get the idea. If some moves were unclear to you and you still have some questions about this sound, don’t hesitate to leave a comment below.

A specials thanks to the sound design guru Tetarise for the consultation. Check out his advice on creating an FM Psy lead, too. 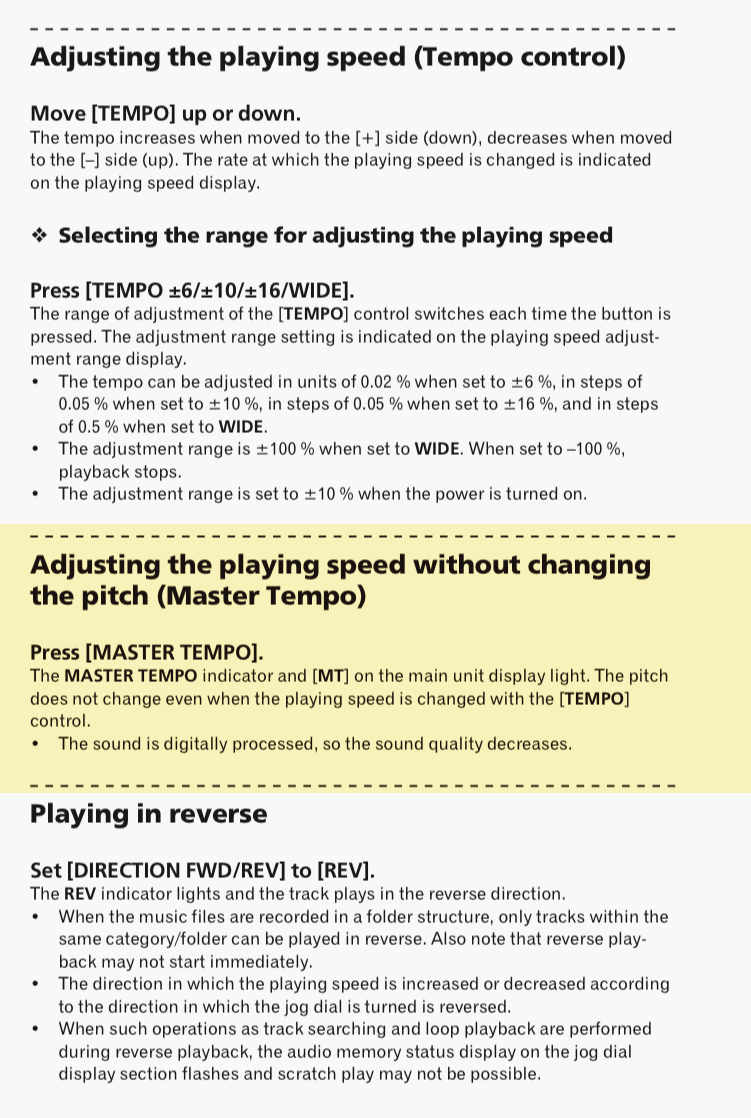 Key Lock, Master Tempo, and the sound quality
I mix using Traktor and a MIDI-controller, and often I play a track faster or slower than its original tempo...
3973   2017