Hey Daniel, again I would like to ask you about an advice. I wanted to know if you have any good tips for kickdrum build ups / fill-ins, like for example in Electric Universe’s remix of “Insidious” at 2:11 and the big one starting at 4:20.

Normally I make my build-ups with a sample cutting and coping or sometimes with the appreciated, but it’s very hard for me to get something like in that example. I’m trying to use triplets as well and it sounds actually not to bad, but not as powerful as I would like it to! Best regards.

Alex, there is no tried-and-true way of making such build-ups, it’s a matter of your overall skills, creativity, and hours of hard work.

Let’s try to make some short build-up here. I’ve pre-made some simple arrangement, it’s two 16-Bars long sections with a 1-Bar long break which we gonna fill. Here’s how it looks and sounds like: 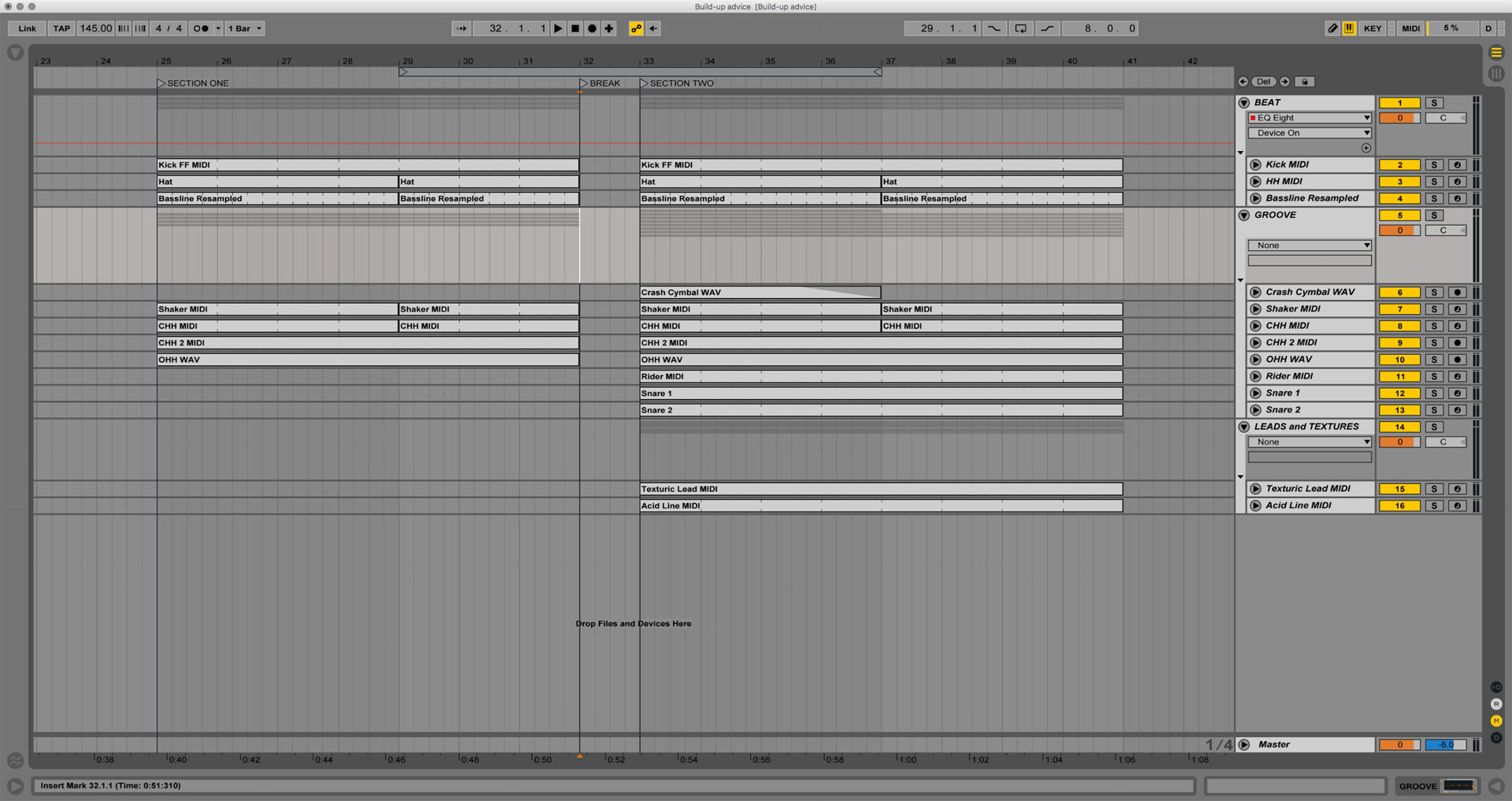 Usually, I use a specific colour for each group of instruments, but in this particular case I greyed-out everything but the drum fills which we’ll start making in a bit, so you could clearly see what’s going on in the project.

And before we get started, don’t forget that electronic dance progresses in 16-Bars sections, and you have to make these break within the 16-Bars section, not outside of it.

I’m gonna start off with some simple tom sound just to define the rhythmic pattern. This pattern could be anything you’re up to, I’ve decided to make it like this: 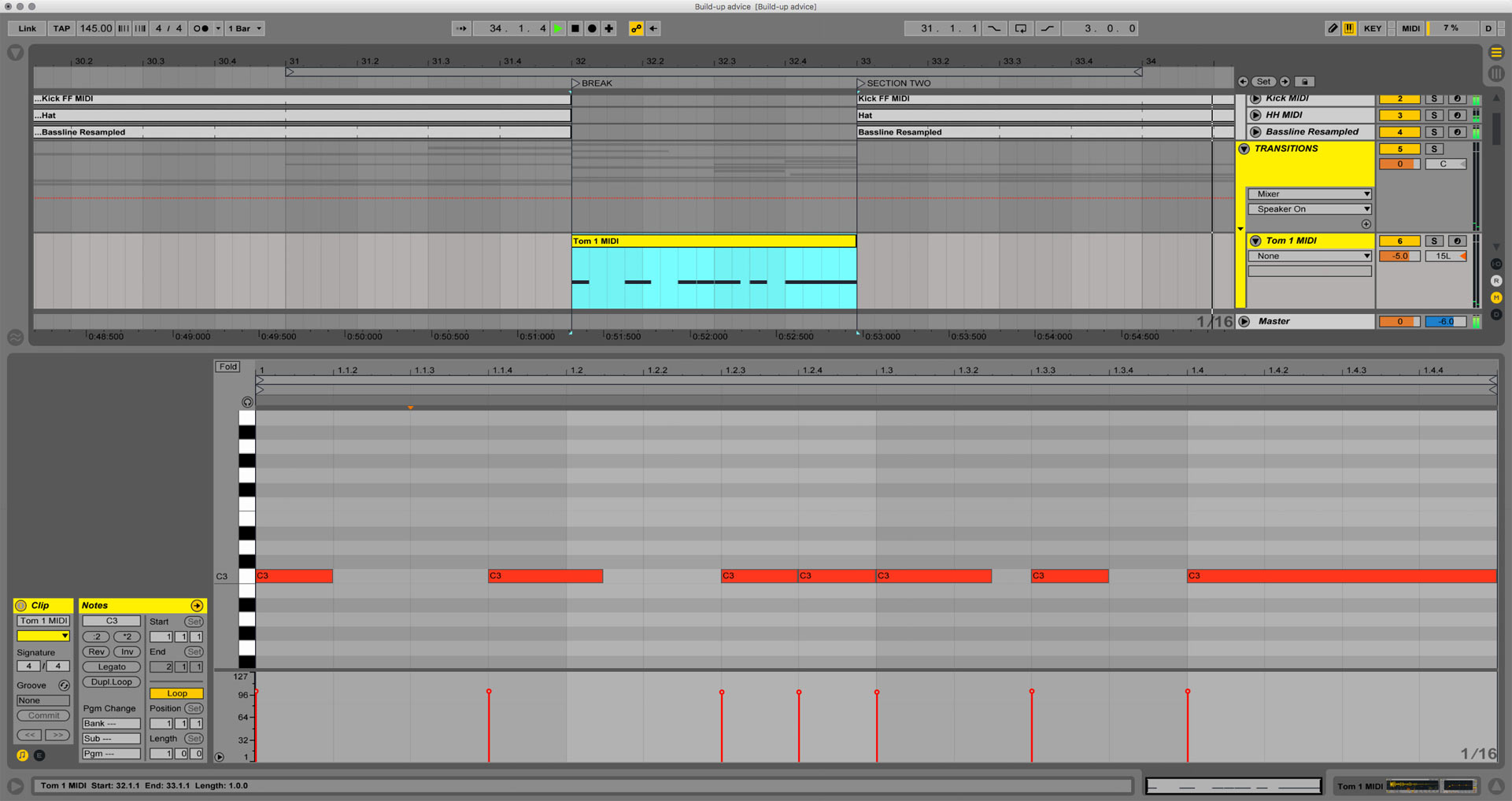 Nothing fancy so far, but that’s okay, we’ve got the structure. Now I going to replace the first two tom hits with a kick drum, and also swap the sixth tom hit with another tom sample::

Now the first three tom hits sound too repetitive, let’s put on different octaves to get some variations. I’ll also replace the last tom for a big snare hit: 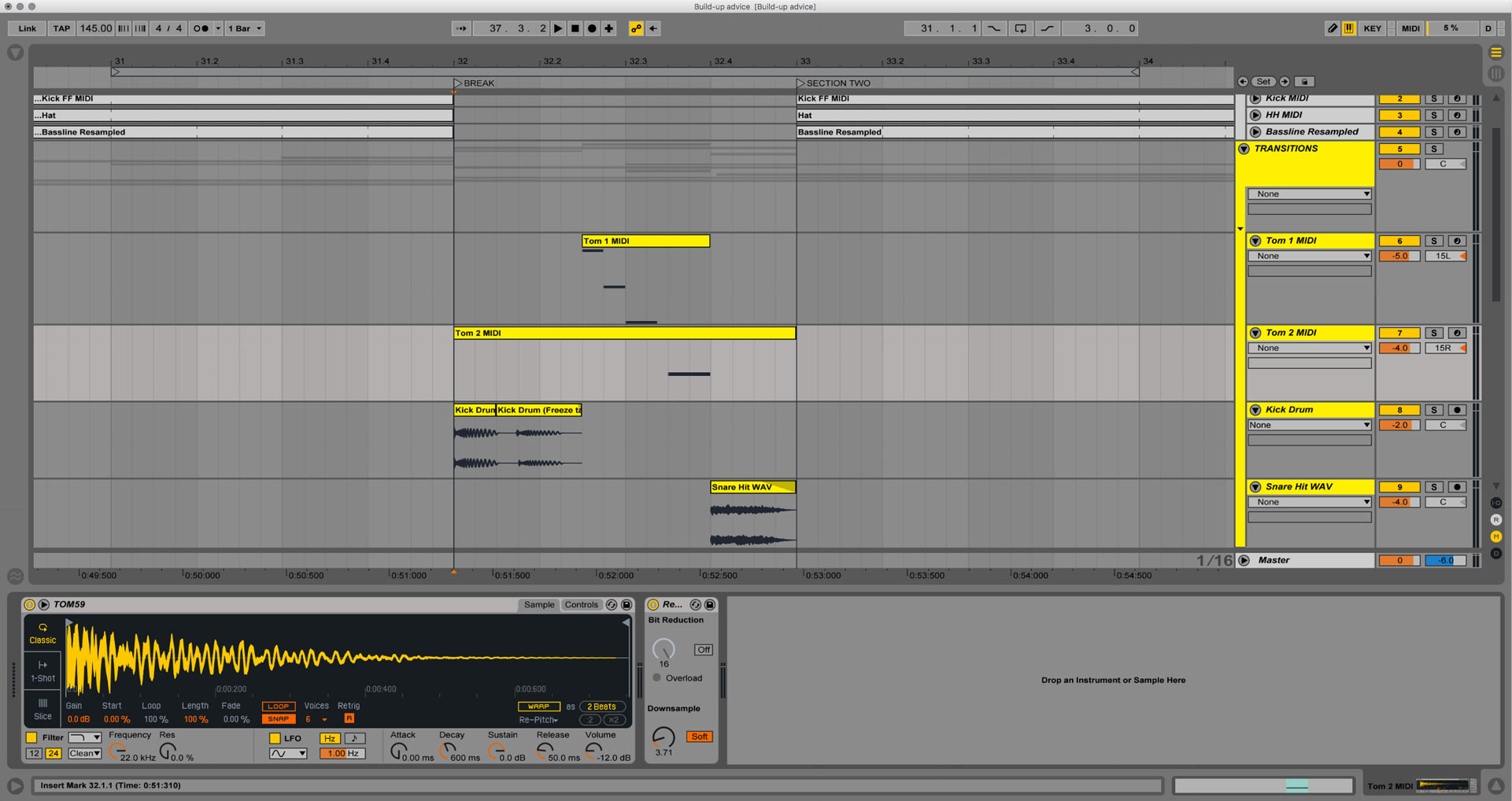 Notice that this is the exact same pattern as it was on step 1, just played by different sounds. Now let’s add some pre-build-up sounds to make the break more sense. I’m going to add a simple noise sweep sounds, a few kick drums right before the break, and also I’ll filter-up the main kick and bass. This is what I mean: 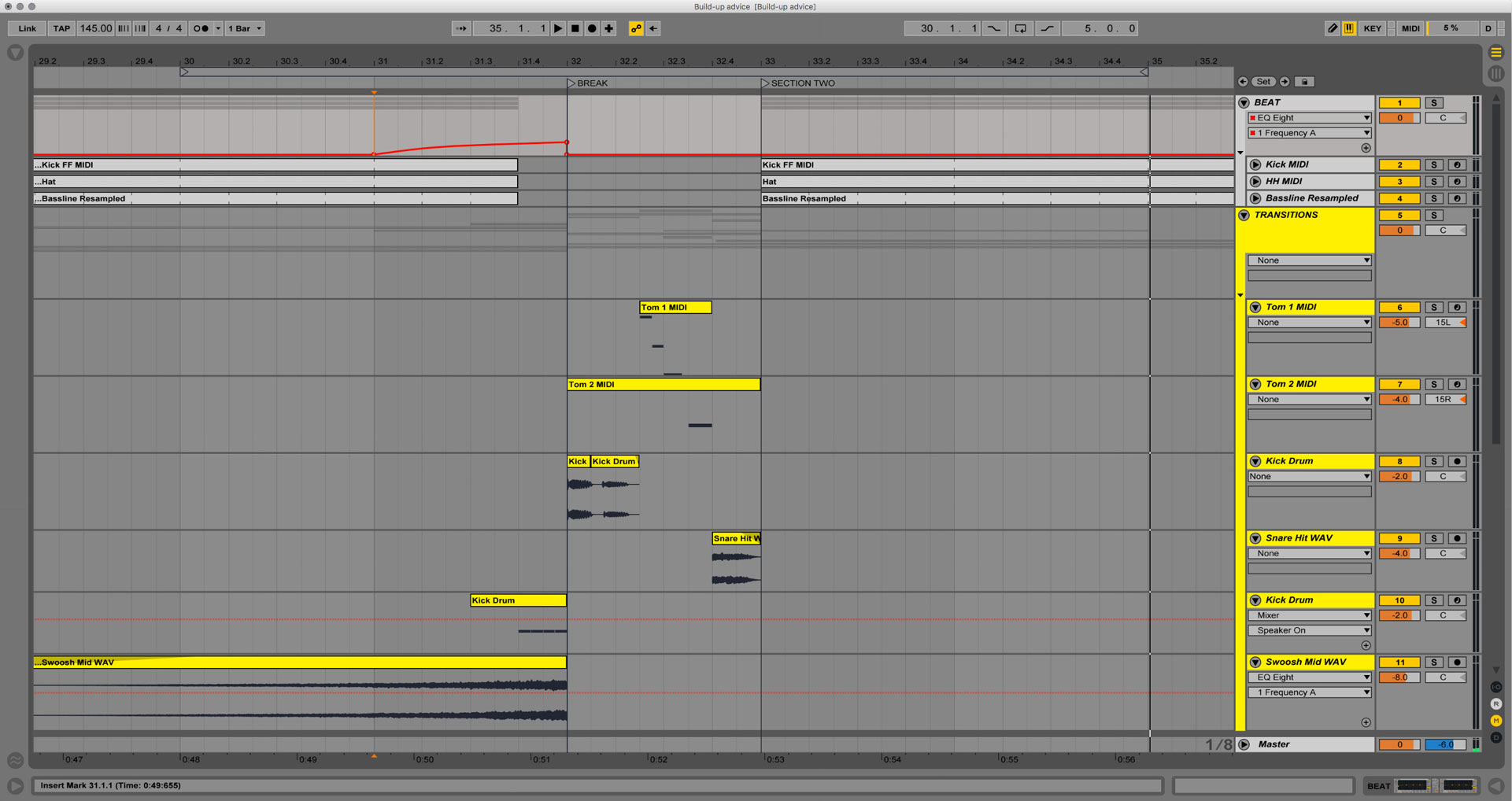 Nice, but I feel that overall the break sounds very “dry”. Let’s add some tonal reversed atmospheric effects, I’ve written about it a couple of weeks ago. I’ll also add a couple of “zap” hits to give it extra texture. It sounds like this: 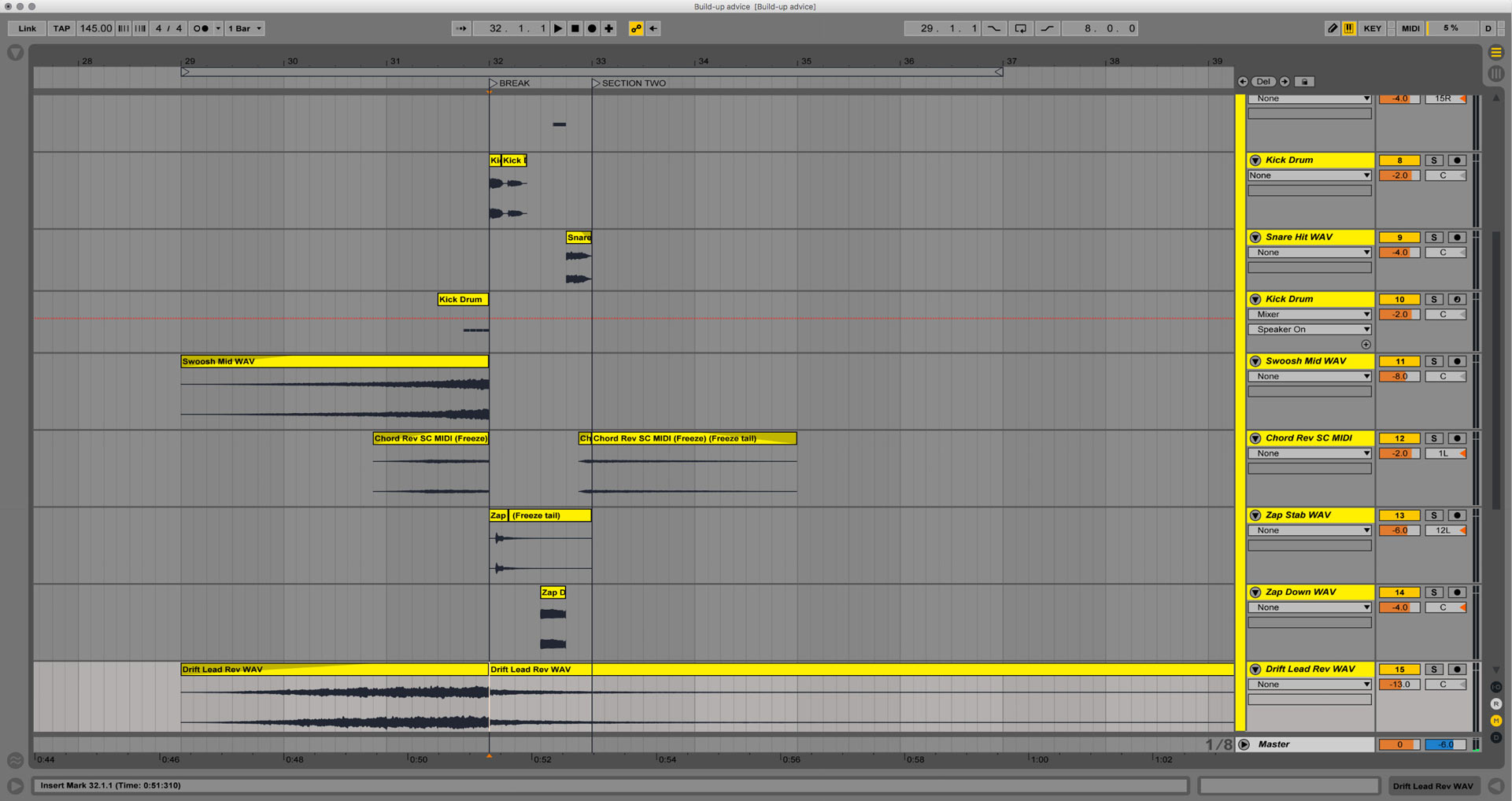 We’re pretty much done, but I feel we can add few more tweaks: a snare fill prior to the break and some extra effects. Here’s overall view on what we’ve done: 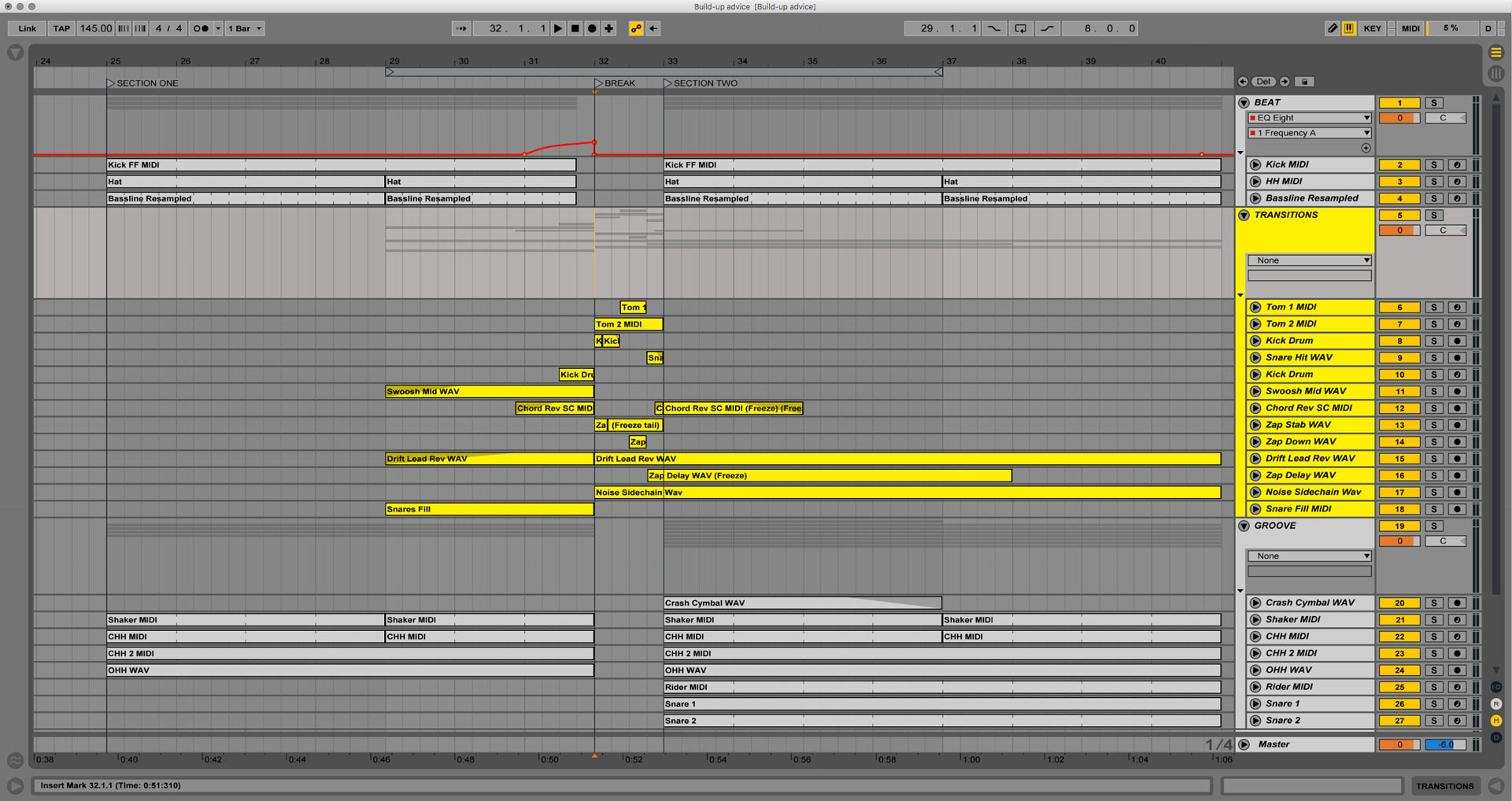 Obviously, you can tweak it as long as you like almost infinitely, but I think it’s good enough to stop on this as I’m pretty satisfied with the outcome. Scroll up and back down to listen where we started and what we came up to.

So, that’s it, this is how I do such kind of build-ups. Remember that it’s not “the proper” way of doing this, it’s just one of millions of possible ways which I personally use. Feel the groove and be creative to do yours.

How to make smooth mixes
A quick guide to harmonic mixing Daniel, I’m a huge fan of your mixes. How you do such flawless and smooth transitions?
5    2162   2016 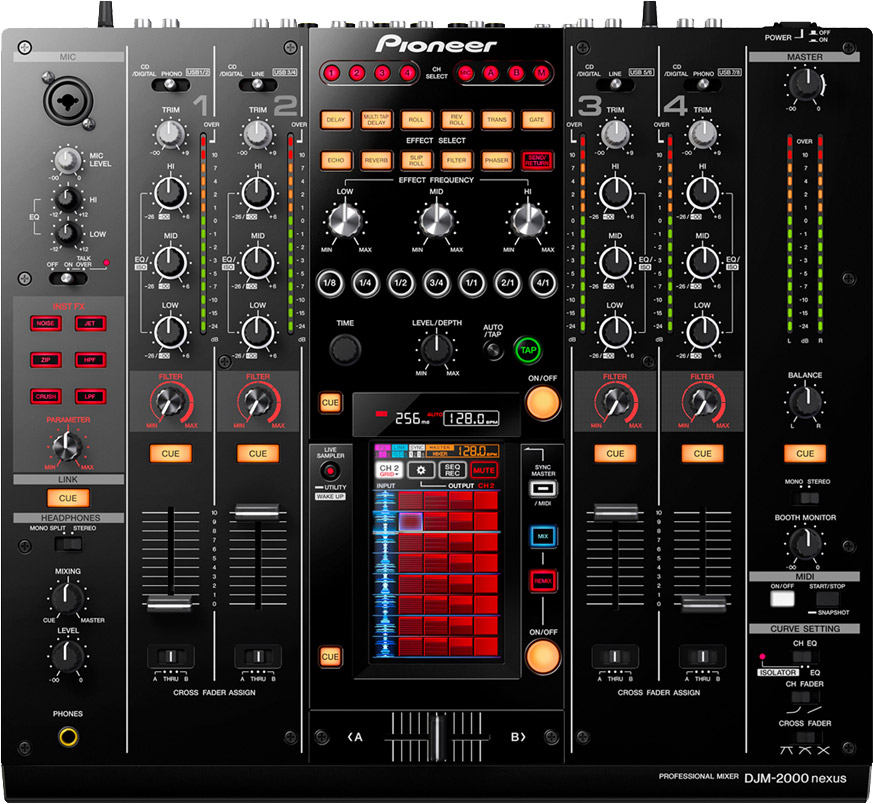 The redline: decibels explained
“I’m quite confused with the volume meter indicators on DJ mixers. Is it allowed to go over 0db? What is the recommended volume level? Why there are plenty of DJs pushing it hard above the redline?”. A question from Thomas
1    5241   2015
Ctrl ←The truth about music sales
Ctrl →“Label re-released a track without my consent”
3 comments
Alex Neubert 2019